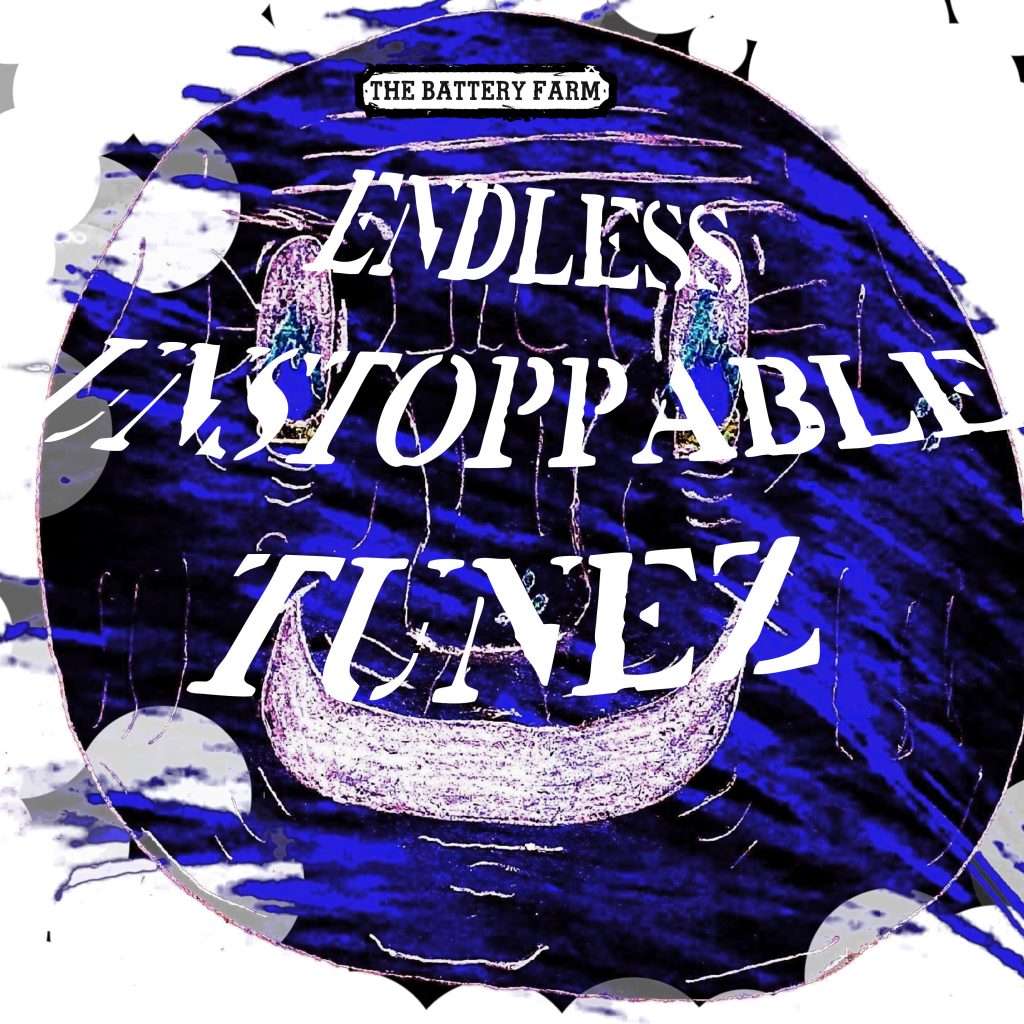 It’s ENDLESS UNSTOPPABLE TUNEZ time! The second instalment of our always eagerly anticipated recommendations blog comes to you amid the heavy-set, blood-thick ennui of another fucking lockdown week. No reason to mention that really, other than to record it for posterity, in the hopes that one day we’ll be able to look back on that last sentence as a haze-faded antiquity from a darker time and marvel at how far we’ve come. Setting myself up for a little endorphin boost somewhere down the line basically. Someone tell me I’m right? I’m feeling… pensive, to be honest. Let’s just get on with it. Here’s some music I heard in the last 7 days that I hadn’t hear earlier. You might like it, you might not. At least it breaks up the endless drone of time.

Dry Cleaning – Sweet Princess EP
There are a good number of Dry Cleaning releases I could have picked. Could have gone for their new single ‘Scratchcard Lanyard’; could have gone for their 2nd EP Boundary Road Snacks and Drinks, which is itself equally brilliant. Instead I went for their debut EP Sweet Princess as they announced their debut album New Long Leg (which I have pre-ordered) this week and I just think there’s a nice symmetry in that.
One of the more galling aspects of the pandemic – obviously not counting all the death and potent, visceral misery – is the fact that this is the most exciting time for new music I can remember in my lifetime at all levels. This is only annoying because we can’t go out and see all the incredible bands lighting up the landscape right now. Chief among them are Dry Cleaning, who are an utterly unique proposition, mainly due to frontwoman Florence Shaw’s acerbic, surly, hilarious lyrics and her captivating spoken/sung delivery. Sweet Princess is a perfect encapsulation of what makes this band so great; urgent, jittering Post Punk* guitars and wasp-sting drums make for a vivid backdrop to Shaw’s rapid-fire treatises on modern life. Cutting, observational, yearning, powerful, bitter, wry and witty, Shaw covers a breadth of territory and emotion that she has no right to on a 21-minute EP. A stunning introduction to an exciting band and a vital new lyricist. Go seek them out if you haven’t already.
*what even is ‘Post Punk’? Up your description game, BEN
Facebook: search Dry Cleaning
Instagram: @drycleaningband
Twitter: They’re not on it, I don’t think

All Girls Arson Club – No Duh EP
We’re on the same bill as All Girls Arson Club this Sunday for We Are Manchester 30 and I’m well pleased to be honest, as I’ve been a fan of theirs for a while. That said, I like a buffoon I hadn’t listened to their latest EP No Duh. Obviously, like their debut EP Dark Fruits, it’s brilliant; 10 minutes of exhilarating, irreverent Garage Punk that hits the spot just right. Lyrically it’s an absolute joy, packed with snarky, absurdist wit – never has the line ‘chips, chips, chips, chips, chips’ been so gloriously realised or laugh out loud funneh. Songs like ‘Arcade’ and ‘Kath & Kim’ bounce with knowing intelligence on an EP that, without my wanting to sound frivolous, is an out-and-out riot of fun.
Facebook: search All Girls Arson Club
Instagram: @allgirlsarsonclub
Twitter: no Twitter m8

Y’know, I always feel really lame and icky when I get into someone just after they’ve died, having only discovered them because they died. It happens more often than I’d like. That said, it’s important to celebrate great art and artists no matter how you happened upon them, and there are few greater than MF Doom. I have the double shame whammy of only just having listened to him this week, with the great man having died weeks ago. If you’re an idiot like me and have remained blissfully ignorant of MF Doom’s work, I’d recommend starting with MM…FOOD (although there are people better placed to make that recommendation than me). Loads of 10/10 food-based wordplay, classic, old-school beats with hypnotic jazz inflections and a delightful streak of nerdiness running through the album, with tonnes of references to old superhero serials and the casting of Doom himself as a very campy villain indeed. When this came out in 2004 it must have been a right anomaly; a throwback to classic Hip Hop standing out on a thoroughly modern scene. I’m still very much working my way through MF Doom’s catalogue, but this is my favourite so far.

ALBUM OF THE WEEK

Kid Kapichi – This Time Next Year

I first saw Kid Kapichi supporting Calva Louise at Night People in Manchester in 2019. Along with Evil Blizzard supporting Sleaford Mods in (I think) 2014, it’s the best support set I’ve ever seen. They’re one of those bands whose intensity and ferocious charisma engulfs the room and it absolutely shines through on the record.

This is a taut, gnarly, rugged, thoroughly modern punk album, cut through with infectious melody, precision playing and righteous anger. In another world KK would be touring the country playing the gigs of their lives, celebrating the almighty achievement of putting this album together, which they’ve done entirely by themselves without any record label support. Alas*, that’s not the world we live in. That said, give this album a spin and get excited for when we can all come out to play. When that first note hits, it’s going to go off big time. In the meantime, cheers to Kid Kapichi for making an important album that distils the mood of the times; a triumph against adversity brought to fruition through sheer bloody-mindedness. This time next year, man. This time next year…

That’s it, then. This week’s recommendations all wrapped up with a neat little bow. I mentioned earlier that we’re playing We Are Manchester’s 30th livestream event this Sunday, and we bloody are too! Tickets are on sale now (the link is in our Insta bio), the line-up is absolutely amazing with ourselves and the aforementioned All Girls Arson Club joining Matthew Holland, UNE and Clint Boon interviewing John Robb. It’s quite something. We’ve put our set together already and we can safely say you’re in for a treat. Join us. JOOIIIIN UUUUUSSSSS….